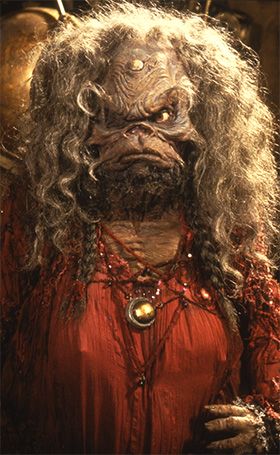 A hole grows inside of me. I felt the Crystal crack in my very heart. Where once was great knowledge. Like smoke. It slips away. Aughra [3]. Ten trine later, with the Conjunction imminent, Aughra was present at the Great Division , witnessing the Skeksis drive the urRu from the castle.

She pleaded with the Skeksis to rejoin with their other halves, but was rebuffed, and watched helplessly as they cracked the Crystal.

Before the Skeksis could attack her, Aughra climbed down the shaft of the Crystal with her son, feeling her knowledge and memories slip away from her.

The pair then spent several months searching for the cracked Crystal's lost shard , the only object capable of restoring the urSkeks.

When mother and son emerged with a basket of crystal fragments, Aughra stayed at her orrery, oblivious to the outside world as she searched for the true shard, ignoring the destruction caused by the Makrak raids and the implications behind the formation of the Alliance of the Crystal.

Her faculties began slipping, at one point forgetting who Raunip was, thus causing him to leave her. Though tearful, she remained silent when Raunip bid her goodbye when he volunteered to lead the Makraks to the Field of Fire.

Some trine later, Aughra grew to trust the Skeksis and rekindled her friendship with skekTek , the Skeksis counterpart of her old friend TekTih.

SkekTek continued assisting Aughra with her research and repaired Aughra's orrery after it was damaged by Raunip. Believing that skekSo had matured into a benevolent ruler, Aughra agreed to leave the Crystal in the Skeksis' care in order to continue her research into the stars via astral projection, unaware that skekSo intended to conquer Thra to build an Empire, using the Crystal's power to prolong the lives of himself and the other Skeksis.

Awoken from her astral projection by the spread of the Darkening , Aughra felt Thra call out in pain. The Podling who looked after her body turned out to be the grandson of the one she knew, and told her that hundreds of trine had already past.

Aughra sought answers from the Skeksis, [6] demanding to see the Crystal for herself, but was banished from the Castle by skekSo. On her way out, she saw the Crystal and realized the full extent of its abuse by the Skeksis.

The Crystal spoke to her via a projection of her past self, showing Aughra how the Skeksis were unbalancing Thra by consuming Gelfling essence.

The apparition tasked Aughra with guiding fate by finding the "song of Thra", something she had lost while stargazing.

Aughra unsuccessfully creating a Master Time Spiral to hear the song of Thra. Aughra encountered urVa the Archer near the Sanctuary Tree and asked him for help to hear the song again, to which he cryptically indicated that the answer lay within Thra itself.

She beseeched the Sanctuary Tree not to forgive her or to help her, but to help the creature. After purging it of Darkening and reviving it, Aughra decided to wait and listen rather than trying to prompt Thra to "talk".

Aughra gradually began to hear Thra sing, and joined in with the song with increasing speed until she and numerous Gelfling all found themselves in the Dream Space.

Aughra welcomed Rian, Deet, and numerous others, overruling their questions in order to introduce everyone. Aughra explained that their bodies were still on Thra, but that the Dream Space was "the source of magic and prophecy", and that The Crystal of Truth had brought them there to ask for their help to defeat the Skeksis.

At that moment, Seladon burst out that it was treason, and began arguing with All-Maudra Mayrin until Aughra demanded to know if she would heed "Thra's call", to which Seladon said she would not give in to chaos.

In response, Aughra ejected Seladon from the Dream Space. Aughra then gathered the remaining Gelfling around the Crystal, and it revealed to them the Skeksis' crimes.

Aughra then sought out urVa and instructed him to venture to the Circle of the Suns to confront skekMal , saying he could not win without sacrifice.

When urVa asked if they would meet again, Aughra claimed not to know, before heading to Stone-in-the-Wood to prevent a "terrible mistake".

Aughra later witnessed the fall of Stone-in-the-Wood to the Skeksis- Arathim alliance. Giving the Threader her eye, Aughra planted it within Seladon's robes and watched as the new All-Maudra was imprisoned by the Skeksis.

Hoping to save Seladon and the other Gelfling prisoners, Aughra went to the Castle, and offered her own essence to save the mortally wounded skekMal in exchange for the Gelflings' release.

When fitted into the essence extractor, she futilely pleaded with skekTek to remember their former friendship. She helps Brea when the young princess comes to their tent.

Cadia is the Sifan Elder who presides over Onica, and takes the meeting with Brea on the shores of Thra.

Rek'yr is a leader of the Dousan clan of Gelflings who helps the resistance fighters with their quest. Naia is Gurgin's sister, and one of the Drenchen Gelflings who tracks down Rian on the early half of the first season.

The Heretic is introduced later on the season, and is a different kind of Skeksis who plays an important role.

Amazon Prime Day. Insider logo The word "Insider". Close icon Two crossed lines that form an 'X'. It indicates a way to close an interaction, or dismiss a notification.

Kim Renfro. Snapchat icon A ghost. Sigourney Weaver opens the series as the Myth-Speaker. The Emperor of the Skeksis is voiced by Jason Isaacs.

October 1, Special Effects: The History and Technique. May Christchurch, NZ. February 8, If Magazine. 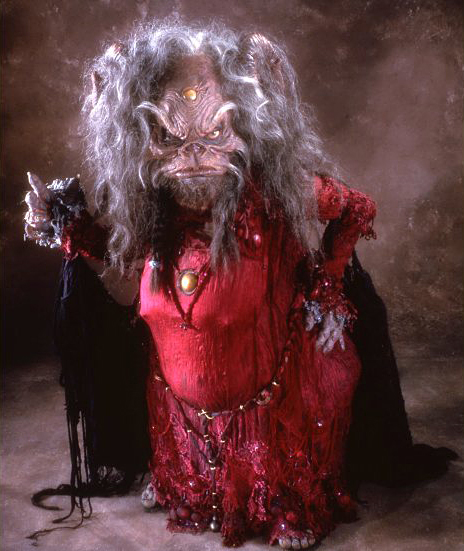